So far it looks like that the final release of vm2 is now 1-2 weeks away.

We understand that many people are not happy, that we have not set a final release date, but we don't want to create banana software, many people have been working hard in the past few weeks and months, building a robust shopping cart they are proud of, and with this in mind, we feel we are at the final stages. We want release VirtueMart 2 when the last sub release has no new severe bugs. The last sub release should be stable as the final, then we release it, however, please remember that VirtueMart 2 will be the fundament core for the next few years, so we wanted to consider as much as possible for it's future use.

The general problem to set an ETA is that VM2 is developed by a community and not a company.

This means that the work is not only delayed because people working on VirtueMart who need to pay their bills and do other jobs, it means also that the whole process of testing & qualifying is done completely differently, normally a tester is a skilled programmer and not an end user. We have a strong working community, so we rely on testing from our community, this has delayed development, because it takes more time to train the people and to understand if there is a bug or a misunderstanding of the feature. On the other hand this leads to a more intuitive and self explained product, the other problem is that a lot people in different countries and with different ideas, work together purely over the net. We do not sit together in one office, so we need a lot more communication using forum's and chat rooms. Altogether more than 20 developers have committed their code, and more than 20 extra testers are in touch with the core team, during this time we also had programmers, who had to leave the project for personal reasons, and in some cases the programmers claimed to finished a task, left the project and when it got tested by the community later, we found a lot bugs and had sometimes rewrite the whole work of them. This problems affect the final product in a positive manner, so this makes it harder for estimating the release date.

What happened since the first RC in may?

First we changed the whole database layout using a common pattern also used by nooku. Then we implemented abstract controllers, models and tables, to follow the DRY principle (meaning = Don't repeat yourself). After that we thought we are done and released the RC2, but then Joomla 1.7 came out. To get an idea what we had to do (http://forum.virtuemart.net/index.php?topic=90207.msg295973#msg295973). Then we found out that a lot stuff was buggy or only partly implemented. Take a look on the developer forum to get an impression (http://forum.virtuemart.net/index.php?board=127.0)
So what we think is the estimated date for the final? Let's take a look on our feature list http://forum.virtuemart.net/index.php?topic=91199.0 as far we can see, almost any feature is implemented. The missing features are not obligatory for many people, so let's take a look to the forum board with the bugs, since version j, it seems almost any bug is fixed. The bugs left are minor or specifically connected to the environment of the user. So when you are happy, with the already built in feature, you can treat the j version as a final.

There are already a lot people happily configuring VM2 for their shops and some of them will go online, before VM2 is announced as final because it works, it works very well and the initial feedback we are getting makes the road to this version and the developers happy and proud.

VirtueMart is a community project, so the ideal is when the community itself signals that VM2 is final and I think the day is very near.

The new VirtueMart 2 Version is now in the last testing phase.

We are very sure that we could release this on Friday, but Max Milbers is going to the joomla day UK in London http://www.joomladayuk2011.org/, so we plan to release the final 2.0.0 shortly after his return.

The version G is already completely working and can be tested for production use. Dev site

In the last two weeks VirtueMart hits 4000 commits, which is some man-years, which has now been committed to VirtueMart project.

We have worked very hard and proudly present a new free and very flexible ecommerce platform, created with the knowledge of the big VirtueMart community. http://forum.virtuemart.net/index.php?topic=85643.0

We want to enhance the support for VirtueMart users, so we joined Alexis Sotir & Daniel Dimitrov who organise workshops specially for joomla. The main idea of the VirtueMart workshop is that we want to help you to get your actual shop running. These workshops are not meant as frontal teaching with some lessons and exercises. We want that you directly apply your new knowledge to your own store. Configure your store directly with the help of two well known professionals in that area. For newcomers it is interesting, instead of paying an adminstrator, to do it yourself and support directly the VirtueMart Core developers. For professionals, it is interesting to fill all gaps of knowledge and for vm1 veterans, it is interesting to get the new features and workflows explained.

Additionally for everyone, we will have a good community time and we are such freaks, that we won't be able to stop talking about vm and joomla related stuff. The idea doing that in Mallorca and not in some big city is to lower distraction and to make the workshop a very intense learning event.

There will be two workshops Learn VirtueMart 2 Inside & Out of 16 hours each: one starting november 4th, 2011, and the other starting the november 7th, 2011.

The price includes accommodation, half-board and transport from pickup spot to venue and then back to the airport. 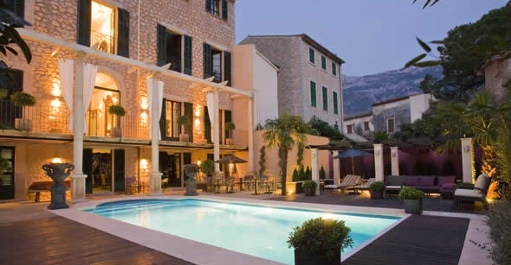 A bit later then announced, we release today VirtueMart 2 RC2 (1.9.8). As easy to see on the statistics of http://www.ohloh.net/p/virtuemart, we reduced the codebase again. We redesigned all tables and use now the nooku conventions. We added more b2b capabilities. The RC2 should now also be hardened against SQL-Injection, XSS and code injection. VM2 is working with j1.6, but not designed for it, that means we do not activly use the new ACL features and simular.

Very interesting for veterans, which use virtuemart 1.1 is the migrator. It already imports the most important stuff. At some points it does not make sense to import old setting, because it would lead to a very bad configurated VirtueMart 2 shop and not using the new advantages and features. But it should be possible for small shops to migrate to vm2 within some hours.

The new release also contains already an update function done by akeeba release system, dont wonder that it shows you running virtuemart 1.9.8, the final should just get the number 2.0.0.

What is lacking from our perspective?

The core is fully compatible to j1.5 and j1.6, but the modules does not work without glitches in j1.6 yet.

For translators it is now the right time to join the team and translate the language files.

The team is proud to announce the release candidate of VirtueMart 2.

We use cookies on our website. Some of them are essential for the operation of the site, while others help us to improve this site and the user experience (tracking cookies). You can decide for yourself whether you want to allow cookies or not. Please note that if you reject them, you may not be able to use all the functionalities of the site.